Save on all pretend play toys w/ code PRETEND20

20% off all toys in the pretend play category! Excludes all outlet, furniture products, gift sets, PAW Patrol, Blue's Clues & YOU!, tax, shipping and surcharge costs. Code PRETEND20 must be entered at checkout for the discount to apply. Offer valid through 9/21/21 while supplies last. No rain checks. Only at MelissaAndDoug.com. Promo codes cannot be combined with other offers. One time use only. All offers are subject to change or cancellation without notice. 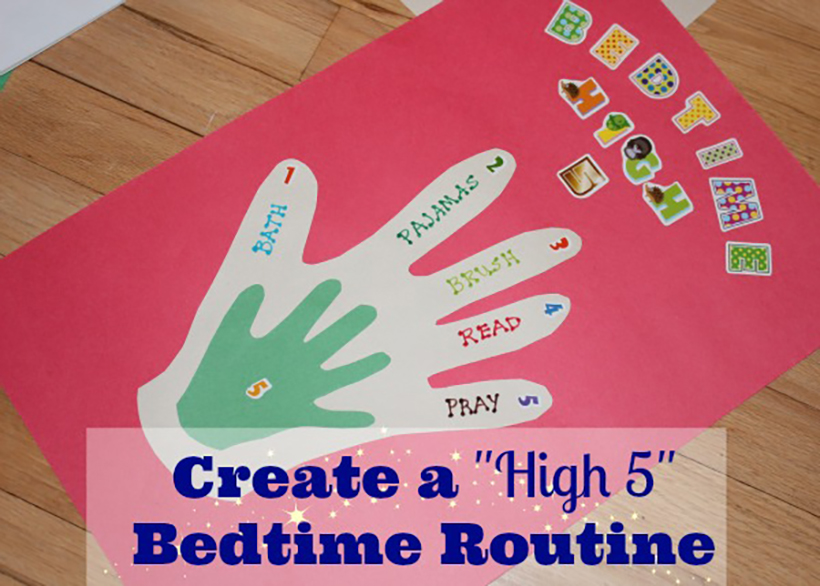 I winced upon hearing that some states already have kids back in school. Isn’t it just August? In our state, we don’t send kids back until near or after Labor Day. Still, it got me thinking about how we’ve gotten lax in our routines over the summer. We’re pretty routine for waking and bedtime, but often find that bedtime thirty minutes drags out to forty-five or an hour these days!

So, I decided to involve my toddler son in a little “management” project! One he could take part in by helping create and decorate a visual of our bedtime routine. (Oh, and it doesn’t hurt that there’s some counting and alphabet practice thrown in too!)

To start, I listed all the things we need to do before bedtime. My son helped out (although he got stuck on “Take a….?” (supposed to be bath) and kept saying “NAP!” I had to remind him this was about night time!

Turns out, there are five regular things we want our children to do each night. I saw the concept of a “High-Five” morning routine out on Pinterest somewhere, and thought that could work just as well for night time!

I had Dad trace his large hand, and then our son traced his smaller hand on different colored construction paper (it will help later if the large hand is on a light colored paper!). 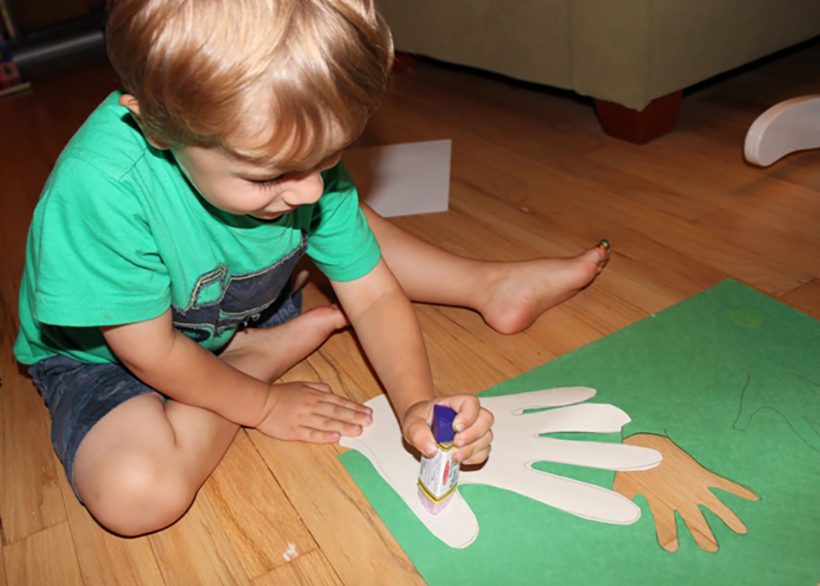 After cutting them out, my son used non-roll glue sticks to practice his gluing techniques (“One direction, one direction!” he chanted), and we pasted his hand over his dad’s onto a large piece of paper. That’s for the celebratory “High Five” at the end of the routine! 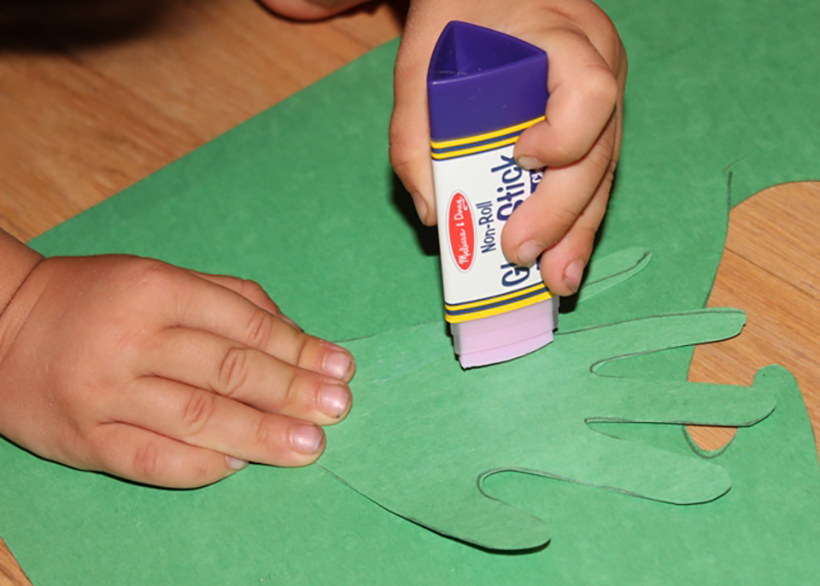 Then we labeled our visual using alphabet and numbers stickers to say “Bedtime High 5.” Since my son can’t spell yet, I involved him by asking him to “find me a B, find an E.” 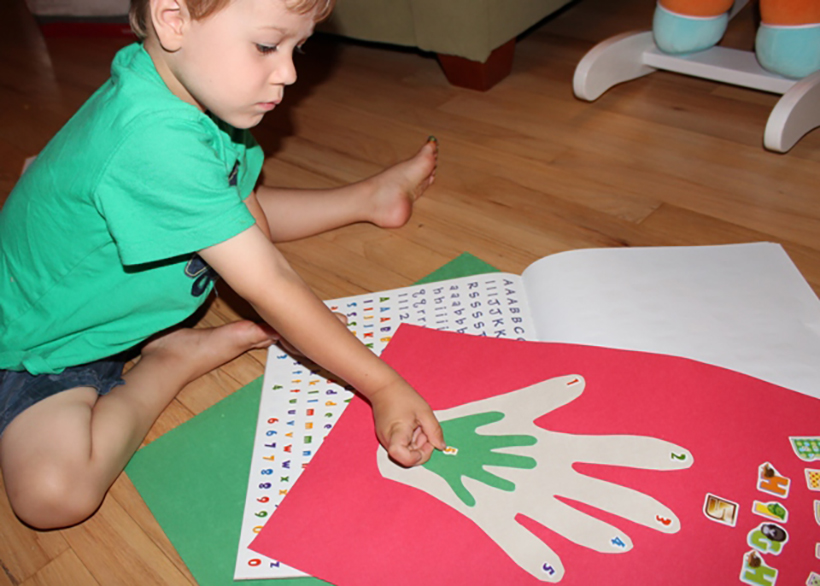 He enjoyed looking through the many sets of letters/numbers and picking out exactly the styles that suited him. We also added numbers on each of the large fingers. 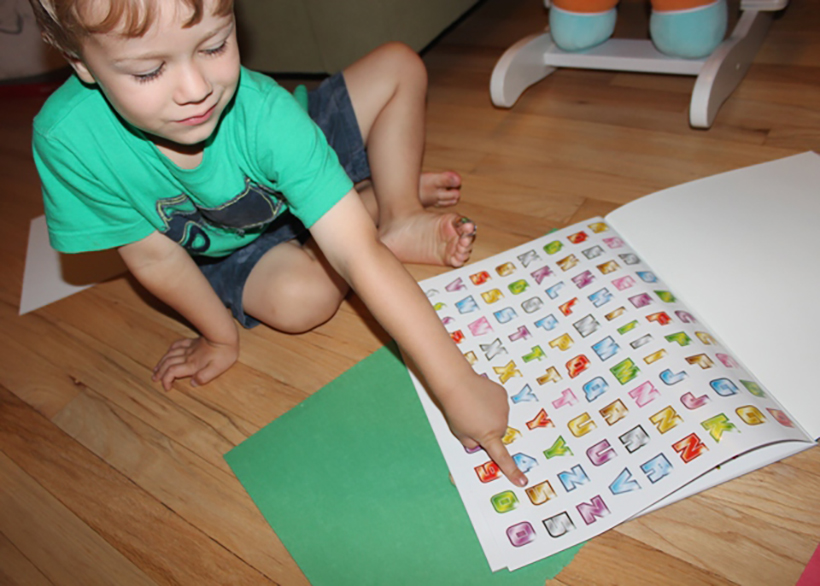 I wrote a single word description for each routine activity on each finger with brightly colored markers: BATH, PAJAMAS, BRUSH, READ, PRAY.

And! Done! My son was so proud of his poster that he immediately wanted to take it to bed with him! I had to gently explain that he couldn’t keep it IN the bed all night, so we stuck it to the wall next to his bed with tacky strips. 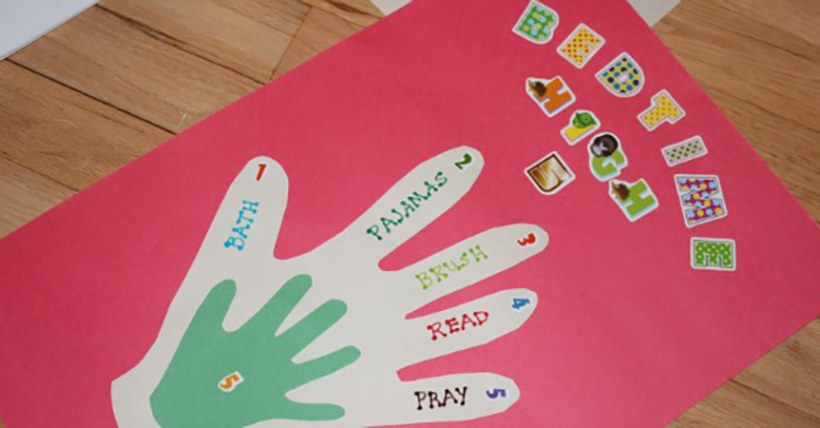 At bedtime that night, he could rehearse the five steps of the routine, and asked a lot of questions about the letters and numbers on the poster. 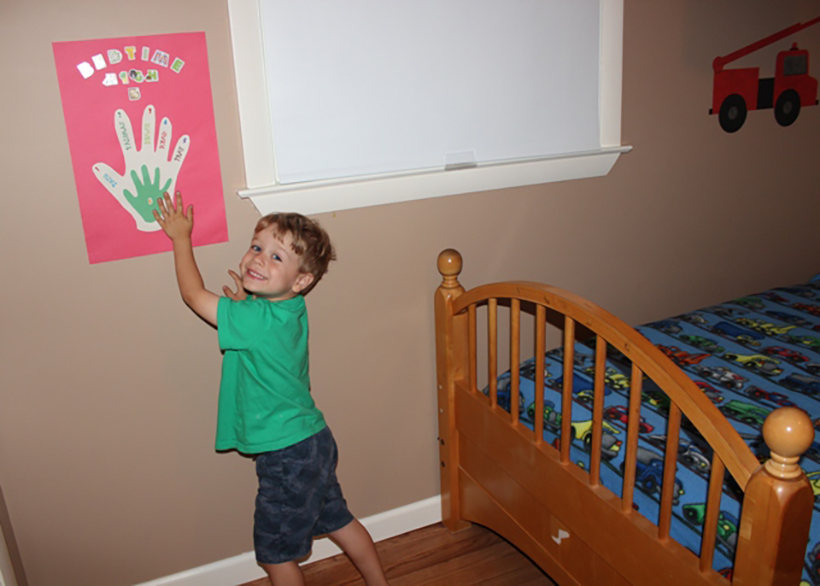 We’re excited to use this visual aid to keep us on track at bedtime and get things running smoothly before school officially starts for us! Can we get a high-five? 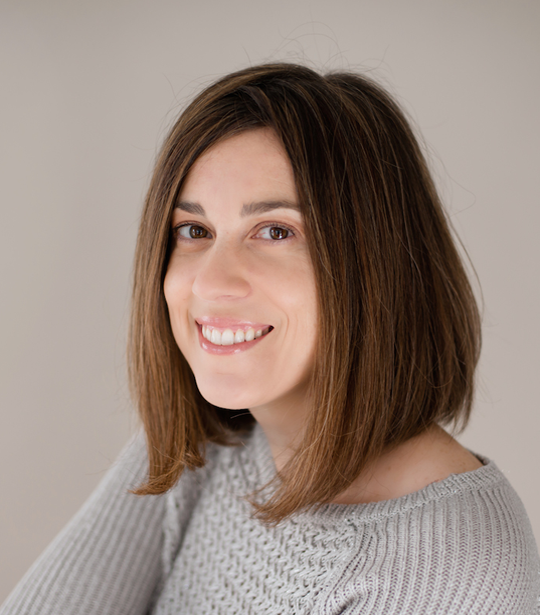 Julie Kieras mothers two inquisitive boys with the support of her husband in the lovely four seasons of New England. She is often found at home interpreting toddler-speak, elbow deep in Play Dough, or behind the pages of a book. She blogs about her family life at HappyStrongHome.com. 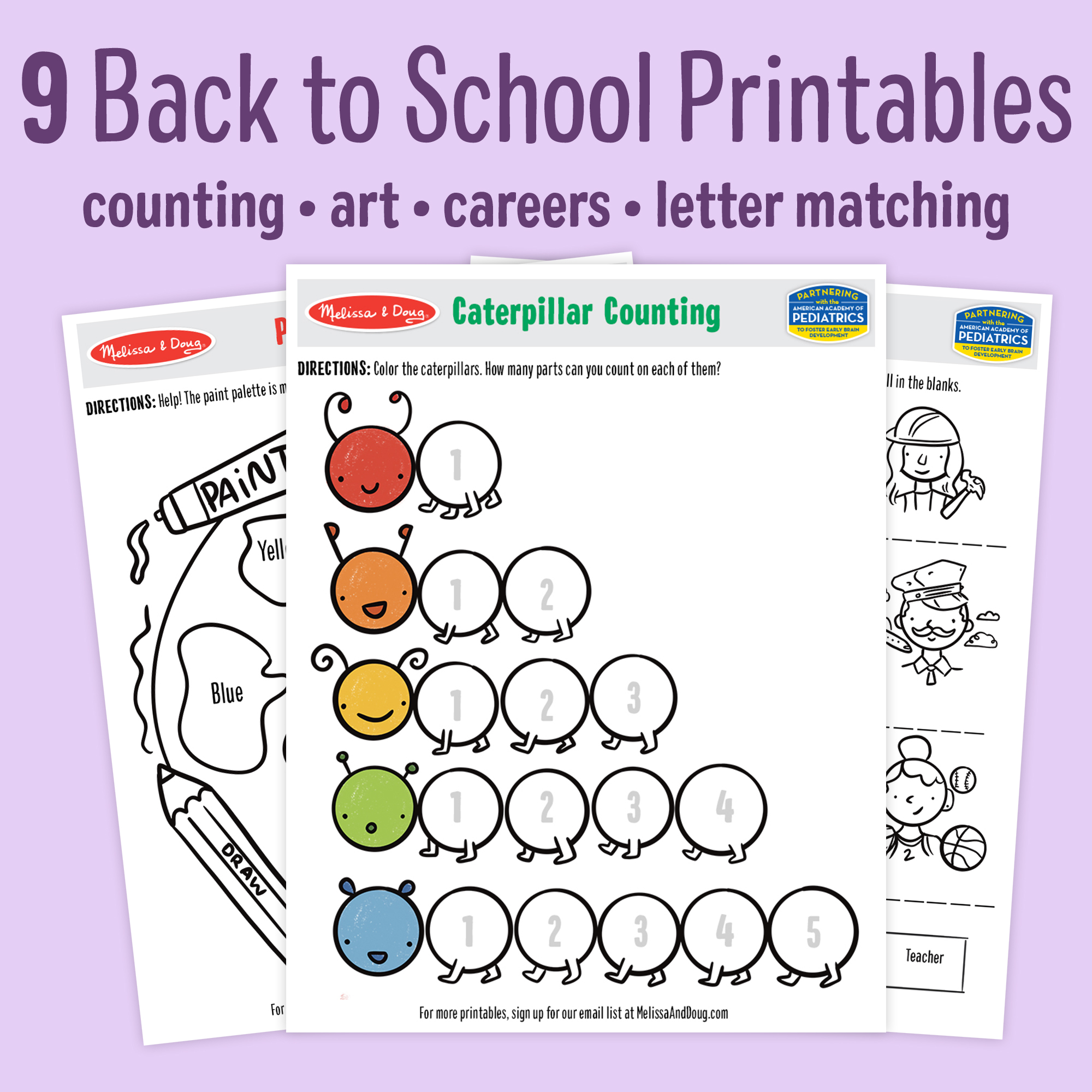 9 Free Back to School Printables for Kids 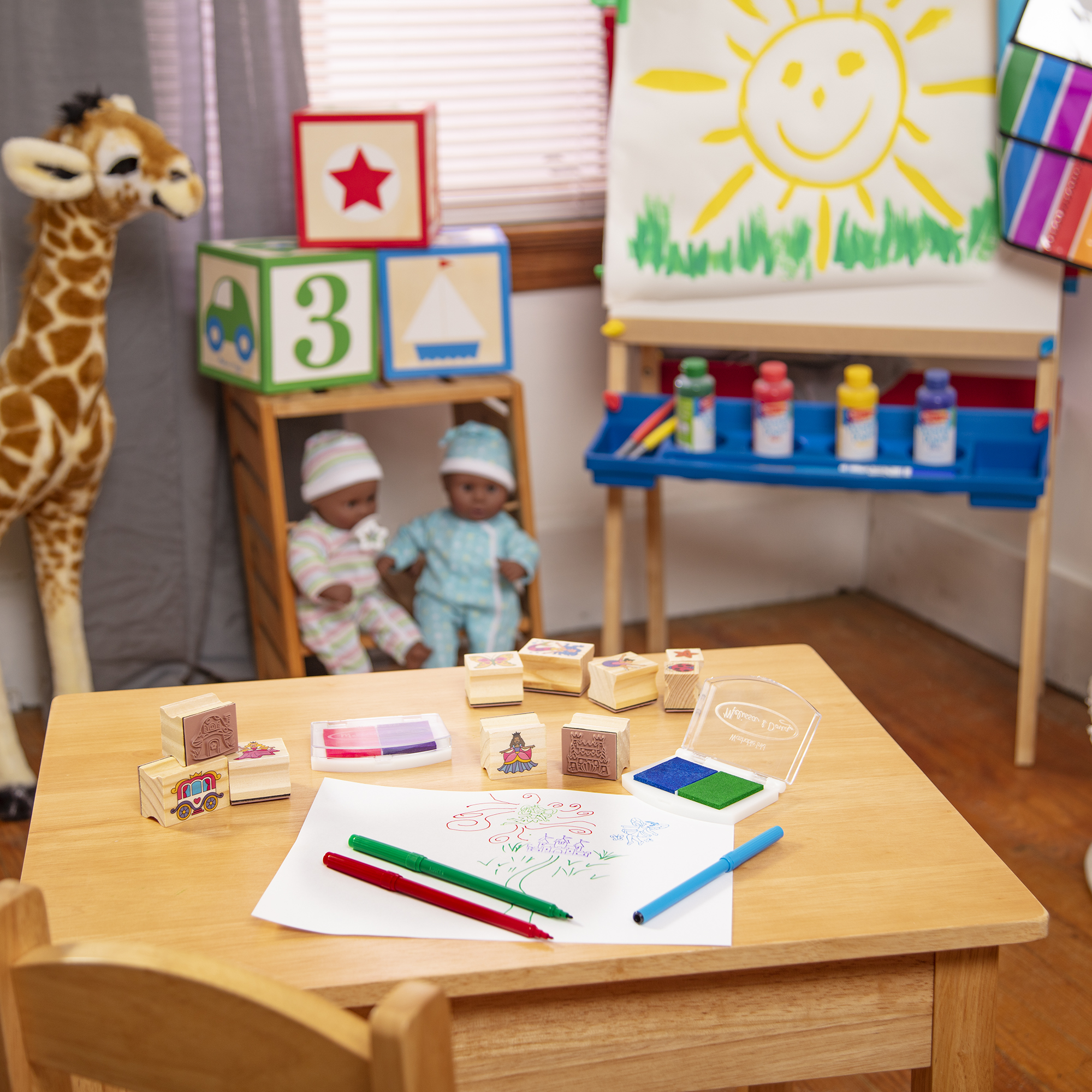 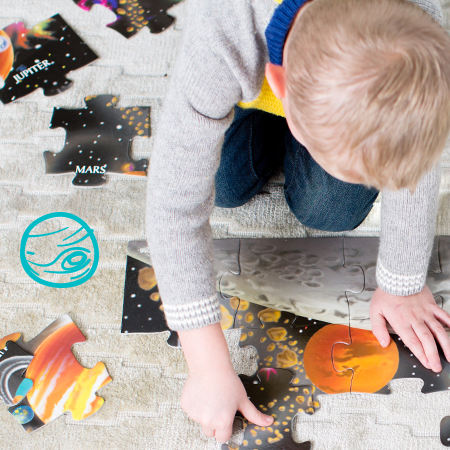 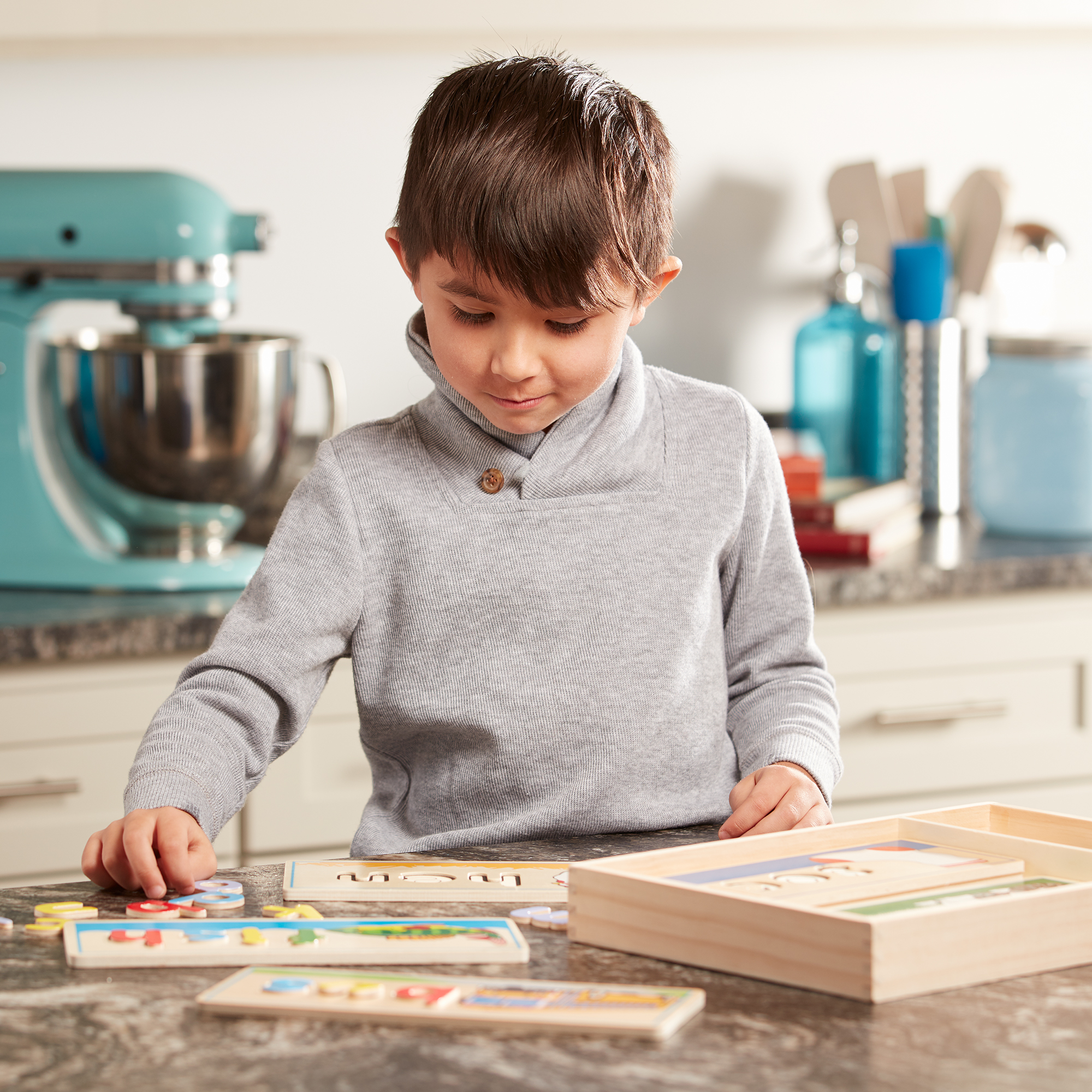 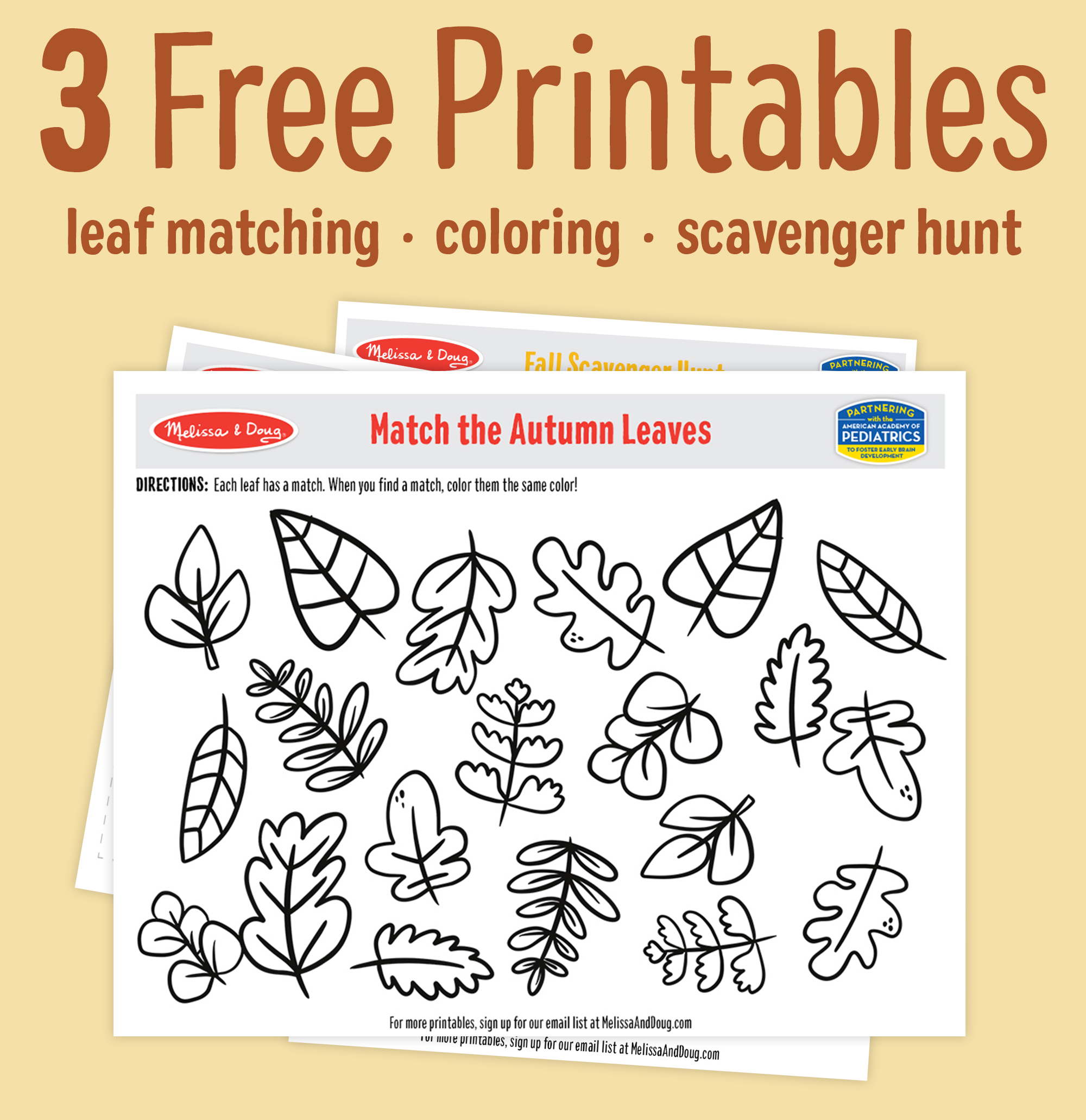 3 Fall Printables for Kids of All Ages 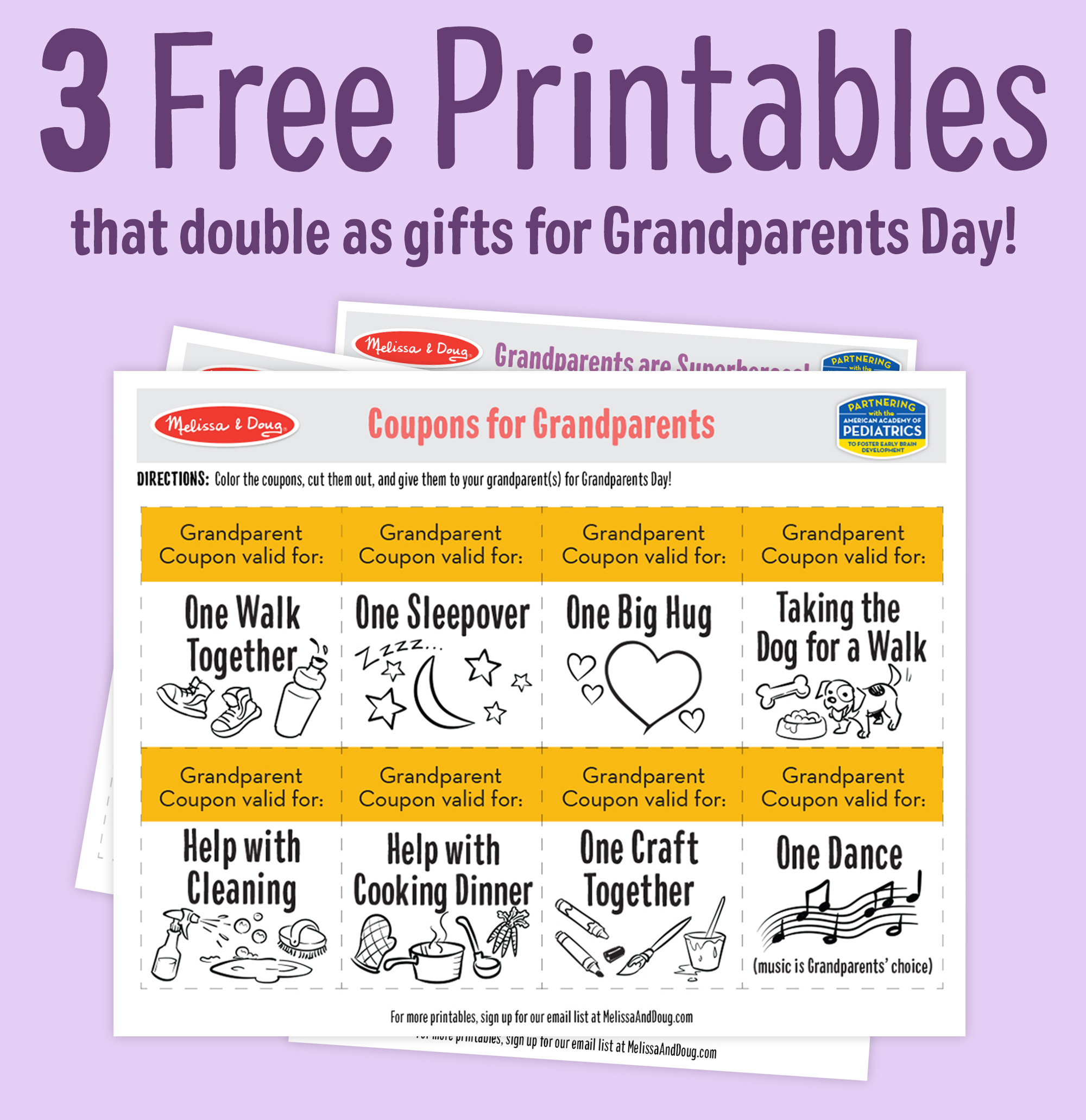 3 Fun and Sweet Grandparents Day Printables That Double as Gifts 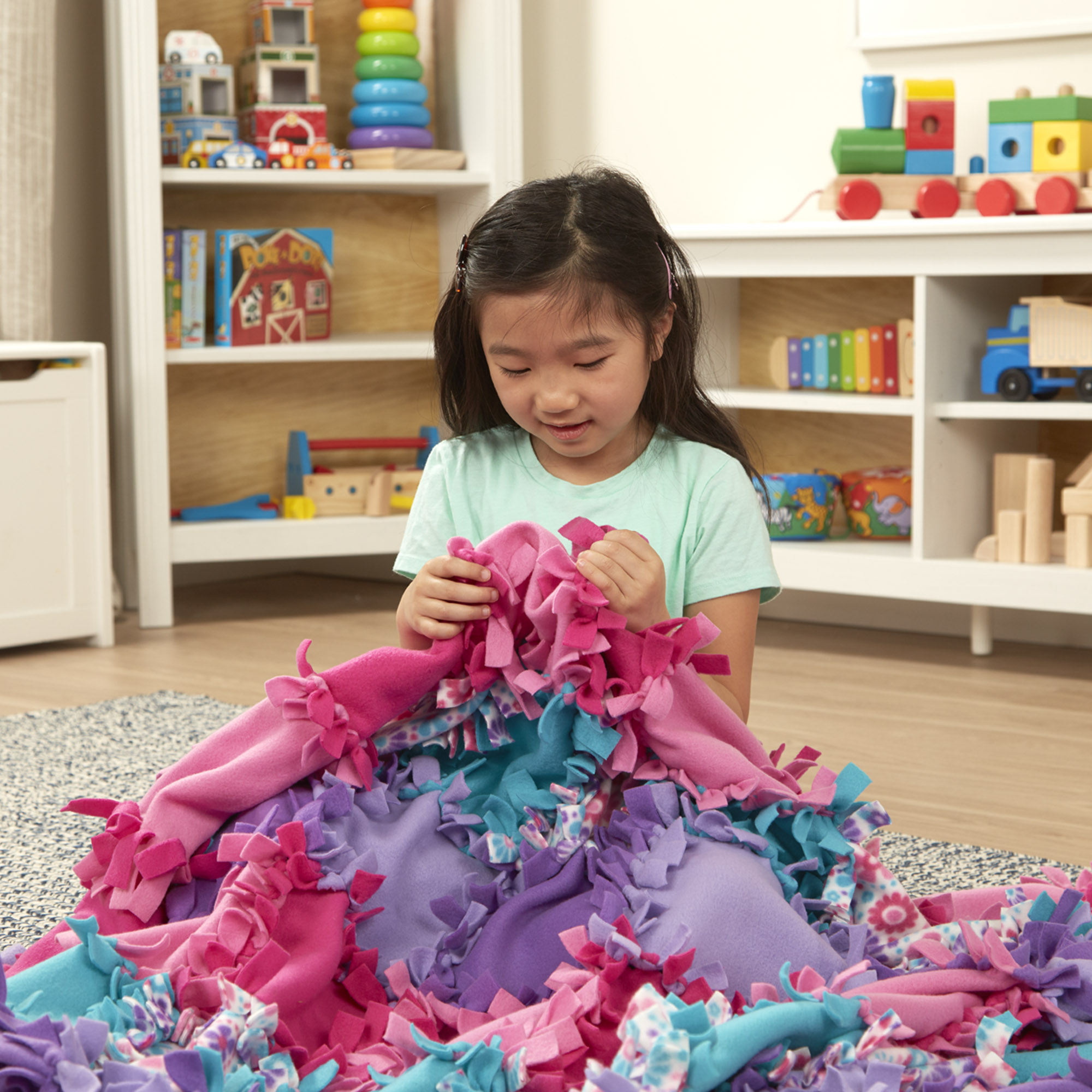 5 Ways to Celebrate Grandparents Day — Even on Zoom! 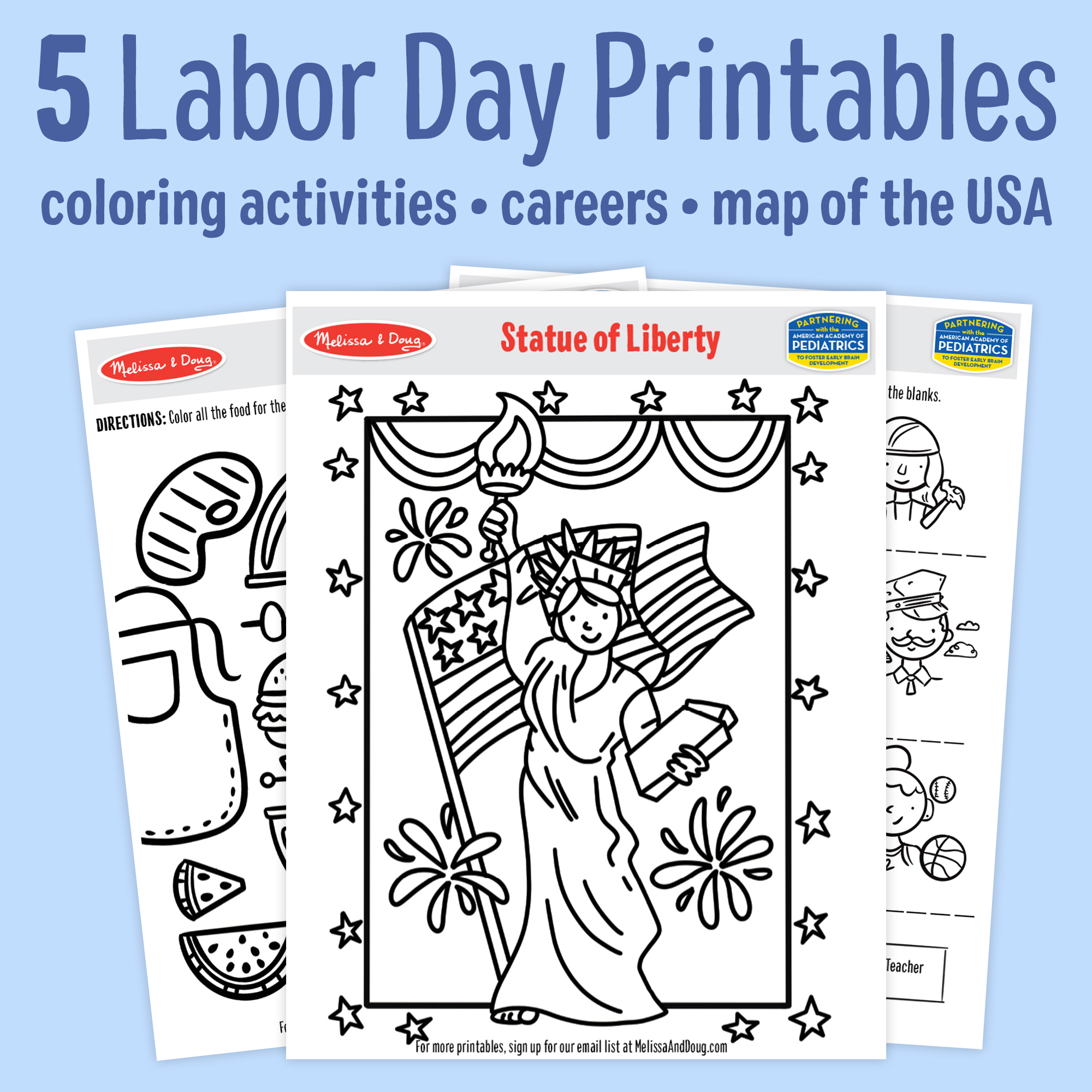 5 Free Labor Day Printables for Kids of All Ages